Singer-songwriter Carole King's constant curls are just one part of her iconic image.

For the cover of Carole's 1971 LP "Tapestry", her lush rich natural curls cascaded down over her shoulders and shimmered in the sunlight of the window where she was perched.

Her amazing voice and her beauty captivated audiences everywhere, winning her millions of fans with her honest lyrics about love and life.

Remaining True To Her Hair Texture

Unlike many musicians who became wildly successful and famous, King never strayed very far from her naturally textured hair. Although she wore it shorter and lighter throughout the many years of her career, she never betrayed her musical, emotional or hair roots.

As a songwriter, she penned dozens of hits for others, many which became American pop standards.

"Tapestry" which featured her lush naturally textured hair became one of the best-selling albums of all time, selling over 25 million records, earning her four Grammys, and the title of "Woman of the Year" by Time Magazine. "Tapestry" topped the U.S. album chart for 15 weeks in 1971 and remained on the charts for more than six years.

In 2011 Carole King released her Christmas album, "A Holiday Carole" which again featured her glorious head of shimmering curls.

Her natural curls and coils on her Christmas cover were much lighter and a bit shorter than 1971's Tapestry cover. Regardless, her curls were the picture of perfection.

King, born February 9, 1942,  has continued to make music and recently wrote a memoir entitled "A Natural Woman," a nod to her hit song.

Also, possibly a veiled reference to her naturally textured hair which she's continued to embrace and honor.

On the cover of 2010's "Live At The Troubadour" with Carole King and James Taylor, the award winning songwriter-singer's picture perfect ringlets appeared in disarray and without their signature spirals. Every one knows all hair, especially naturally textured hair like Carole King's have a mind all its own.

Since the album was performed live, it's definitely possible Carole's hair and beautiful curls were assaulted by the environment, temperatures and humidity.

Even still, her natural texture was evident in the album's photos.

A review of the majority of Carole's albums shows a definite appreciation for her natural curls and coils which most likely could generally be categorized as Type 3a or b depending upon a variety of defining factors.

She appears to  show a definite loopy "S" pattern which seems well defined and springy.  Although it's hard to determine her curl type from photos only, her hair does appear to be slightly more prone to frizz and losing definition than Type 2 hair.

It's wonderful to see how Carole King has embraced, honored and showcased her natural hair texture for the entire length of her long and illustrious career.

It was recently announced she'll receive honors for 2015 on The 38th Annual Kennedy Center Honors in December.

She's truly an icon whose dedication to keeping her constant curls throughout her spectacularly successful career can serve as an inspiration to naturally textured people everywhere. 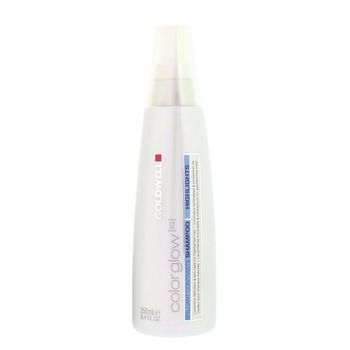 A Schmorgasboard Of Products Creates The Perfect Hair