Although I recently spent a few days in Vegas Baby, the purpose of my trip was mainly business.  It had been 11 years since I was last in Las Vegas and my memories did not serve me well at all.

Throughout my trip I kept muttering to my business companion about various trip challenges.  "Blog about it" he told me.  If it's driving you crazy it might drive someone else nuts as well.

So here I am blogging about Viva Las Vegas and my recent experiences there.  Since I have so many different experiences to report on, I'm going to break each of the key components so that this blog doesn't wind up being 10,000 words, which is an easy thing for me to do, but inappropriate for short and snappy blogs.

The McCarren Airport had completely transformed since my last visit.  It was so much larger than I remembered it and it appeared to be completely redone.

While the airport is beautiful, it's a trip in itself.  My plane landed at terminal D, Gate 10, which was virtually at the end of the terminal housing American Airlines.  After walking several gates with my two heavy carry-on bags, I found myself at a people mover and thought - ahhhhh - a short walk to the baggage claim area.  Definitely a rare thing in airports these days.

But no, I was nowhere near the end of my Las Vegas Airport journey.  Once I got to the end of the D Terminal I had to pack myself in like a sardine, on a tram full of other travelers, bound for the "main terminal".  Once there, it was a long and winding walk down a steep stairways/escalator towards the ground transportation area where I needed to go to rent a car.  A big mistake which I'll cover in detail later.

From the transportation area I was advised to go outside the terminal, cross the street and hop on a big "rental car bus" to the rental car terminal which is approximately an 8 minute ride from the main airport terminal.  The bus was jammed with other passengers and all of their luggage.

From the rental car terminal I then had to catch another "bus" to Fox Car Rental, since Avis, Hertz and the other major car rental firms didn't have rental cars available.  After my Miami car rental hell with Budget, I decided to go with Fox.  Hmmmm, in retrospect, not such a great idea on my part.  Definitely a risk that didn't turn out well.

The Fox Rental Car bus is more like a mini van which ferried me and my traveling companion approximately 5 more minutes towards an extreme south end of the famous Las Vegas Strip (known also as Las Vegas Boulevard). which seemed deserted.  There were no major hotels or casinos anywhere in sight.

The Fox bus pulled into what looked like a parking lot with metal spikes at the entrance.  The Fox rental car "terminal" appeared to be a converted double wide trailer with a handmade wheelchair ramp.

No, I didn't have a geat feeling about it but after spending time at the rental terminal and then the Fox rental trailer, I was tired, hot, sweaty and weary of dragging my luggage off and on trams, people movers and various rental car buses.  My business partner and I decided to bite the bullet and rent the car.

To add to all the aggravation was the fact that it was raining, cold and increasingly foggy and fast getting dark.

The Fox rental car attendent was a young woman with a nice sized diamond engagement ring and a matching diamond chip (it looked real but who knows) in her nose.  She had a bored and slightly annoyed attitude giving the impression she wanted me and my business companion to just take the car and get the heck of there.

After picking up our PT Cruiser marshmallow hued convertible,  we started on out way. The Fox rental car attendant couldn't tell us precisely where our car was parked (because there were no numbers on the parking spaces).  She told us to go out the exit door and "down the ramp and to the right".  She said to "hit the panic switch" so we could find the car.   Very bizarre.    Another bad omen.

My traveling companion was listed as the official licensed driver and so he got behind the wheel and we were off - taking a wrong turn at the 7-11 on the corner due to the lack of instructions from the Fox attendant.

Las Vegas Boulevard - The Parking Lot Known As The Strip

The weather had worsened.  Dusk had ensued, the rain was coming down heavily and fog was everywhere.  Visibility was difficult and Las Vegas Boulevard, where our hotel was located, was a major parking lot.  It literally took close to one hour to travel 4-5 miles from Fox Car Rental to the Wynn Hotel at 3131 Las Vegas Boulevard.

Little did I know that the busiest time of the year for Las Vegas visitors is over Christmas and New Years.  Yep, there I was in Las Vegas on Christmas Day.  Not great planning on my part but I had to be there for business reasons.

Unfortunately after spending one hour crawling down Las Vegas Boulevard (The Famous Strip) to The Wynn (that's another blog for another day), my business associate wasn't able to avoid debris laying directly in our path on the road.  Boom, our car went over the foreign object and promptly we had a tire instantly blow out.

We barely made it to the Wynn.  It seemed like days had gone by rather than hours from departing the plane.

After several ongoing hassles as a result of the Fox Rental Car (yet another blog) my business partner and I never again drove the car, except to take it back to Fox two days later to turn it back in.

Even more upsetting, a helpful person at the hotel explained that taking cabs around Las Vegas, especially when the city is clogged with visitors, is a much better plan then trying to rent a car.

Indeed, the valet stand at the Wynn hotel had long lines of people waiting to pick-up their cars on a constant basis.  Whereas the taxi stand always had a long line of available taxis waiting to navigate the clogged traffic instead.

What did I learn from all of this?

1.  Unless you love huge crowds don't travel to Las Vegas during the high season or when big conventions are in town.  You can check to make sure you are traveling in an off season (slow times include August, September, October and early November).

2.  When you can't rent a car from Avis or Hertz (or other major name you can trust) don't try an unknown like Fox Rental Car, even when they claim to have several other locations throughout various states.

3.  Ask if the rental car company has a Road Side Assistance plan you can apply for.  Apparently Fox had the service available, but the bored clerk didn't tell us about it or offer it to us.  It would have helped a lot with our blow out.

4.  When possible, buy a membership with one of the various automobile clubs (I would mention the one I used to recommend, but they sent an email complaining that I had violated their copyright by actually mentioning them in a positive manner.  And yes, they are soon to be my former automobile club).  A good automobile club can be a tremendous help with maps, directions and other insiders tricks for visitors who have problems.  They also have a road side service which would have helped a lot in my situation.

5.  Consider taking the extra liability rental insurance, especially when on a tight travel schedule.  Although my business partner's insurance covered his problem with the blow out, it was a major hassle and Fox did not help in any way to make it easier.  Although they promised to help once an insurance case was opened, they completely abandoned us and calls to their road side services went unanswered.

6.  Take cabs, especially if you are going short distances.  If you decide to take cabs, make sure to call ahead to see if they are readily available at the hotel where you are staying.

7.  If you are renting a car and have not been to Vegas in awhile, study the maps and look for back routes to avoid the clogged Strip area.

8.  Travel lightly since there is a lot of walking through the airport.

10.  If you decide to go the taxi route make sure your hotel has an airport taxi which can transport you through traffic jams from your airport to your hotel.

Hopefully my recent experiences in Vegas will help prevent a future traveler from experiencing my own travel challenges.  Don't get me wrong, I think Las Vegas is a beautiful and exciting city but you know what they say - knowledge is power. 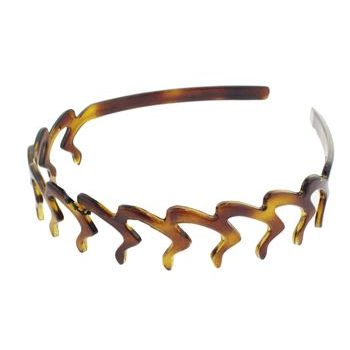